We are pleased to remind you of a 5-part graphic from ZERO TO THREE!

IECMH Clinical Workforce Solution Pathways was co-created by stakeholders from around the country to capture the myriad of pathways of influence and opportunity related to increasing the size, diversity, quality, and accessibility of the Infant and Early Childhood Mental Health (IECMH) Clinical Workforce. 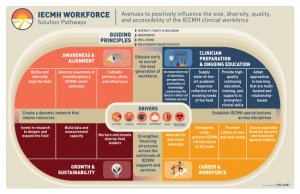 NJ-AIMH is pleased further to note that four of our members were a part of the contributors group: Gerry Costa, Kathy Mulrooney, Joaniko Kohchi, and Muhammad Zeshan, MD, a current Board member and ZERO TO THREE Fellow.

Take a look at this wonderful document and join me in thanking our members for their work. 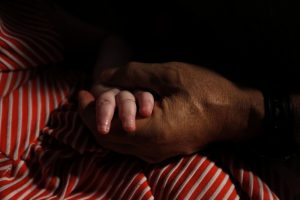 A recent report from the Center for American Progress (CAP) examined U.S. Census Bureau’s National Survey of Children’s Health to better understand the prevalence of ACEs specifically in young children. CAP’s analysis found that more than 1 in 4 young children in the United States have been exposed to at least one ACE. Reflecting the societal patterns of America’s racial bias, the researchers also found that children of color are disproportionately more likely to have exposure to ACEs in early childhood.

White Paper on Social-Emotional Development from Too Small to Fail

Very young children rely on parents and caregivers to help them understand our world and to provide them with the experiences and information that help their brains grow. This is true whether a child is learning to read and write, or how to get along with others and manage their feelings.  Too Small to Fail has released a white paper on the benefits that children receive through strong development.

Over the past year, the lack of universal pre-kindergarten for American four-year-olds has become a national issue. In 2013, President Obama proposed to fund an ambitious new nationwide pre-kindergarten program through a new cigarette tax. That plan failed to gain support, but Bill de Blasio gave new urgency to the issue when he swept into the New York mayor’s office promising universal pre-K for all city children—which will begin in the fall. Even as these efforts are being made, however, new research is making it increasingly clear that educational disparities start much earlier. Read full article »

Infant Brain Stimulation: How Playing With Your Baby Makes Her Smart

Your baby’s brain is being shaped as she is growing up – starting from her first days of life.  Her brain consists of a hundred billion brain cells called neurons.  These neurons interconnect with one another, like roads and bridges. Read full article »

Beyond Reflection: Advancing Reflective Supervision/Consultation (RS/C) to the Next Level

This paper focuses on reflective suprevision/consultation in the infant and early chuildhood mental... more»

Ten Tips for Talking with Children about Violence

If you feel uncertain about how to start this conversation with children, practice with adults... more»

We are pleased to remind you of a 5-part graphic from ZERO TO THREE! IECMH Clinical Workforce... more»
Upcoming Events